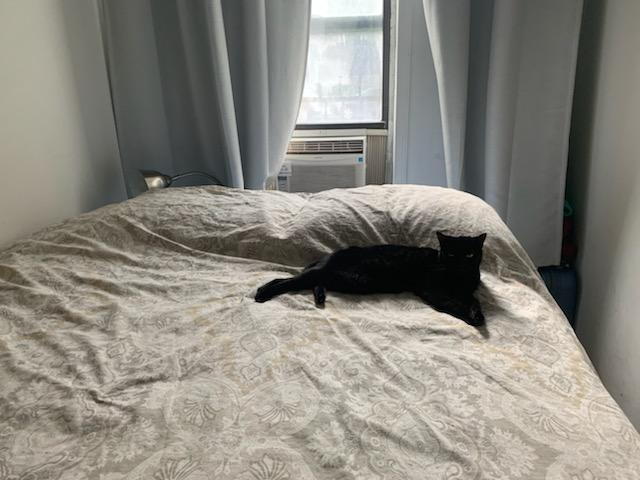 You've heard all the sayings. "Dogs have owners, cats have staff." Or "Dogs are man's best friend". Or my favorite:“Dogs come when they're called; cats take a message and get back to you later.” Now, while these sayings clearly imply that we cats are...lacking in emotional attachment, stereotypes get created for a reason—cats don't always seem to be the friendliest bunch. And more often than not, we seem to prefer our own company—or the company of other cats—than the company of our owners. On top of that, we're skittish, easily irritated and have been known to flip on a dime from loving on our owners to nipping or scratching at them.

As a result, up til' now, people just assumed we didn't care about out owners and really thought of them purely as food and shelter rather than in the same loving, loyal way that dogs do. But all that changed in a recent study in Current Biology where young kittens were observed while playing with their owners, while separated from them, and then after being reunited with them again. While about a third of the cats did in fact remain aloof when brought back together with their owners, about 2/3 of them displayed secure attachment. Kristyn Vitale, the lead study author said: "The characteristics of a secure cat, for example, [are] greeting their owner and then going back to what they were doing,” Basically, in and of the fact that they even went over to them to begin with, shows that we cats are far more emotionally tapped in than was previously thought. And basically, we feel more feels than we were given credit for in the past.

So next time your cat's doing that whole lick, lick, lick, bite shtick, cut them a little slack and recognize that in their own weird way, they're just saying "I Love You".