Is TV good for your pet? 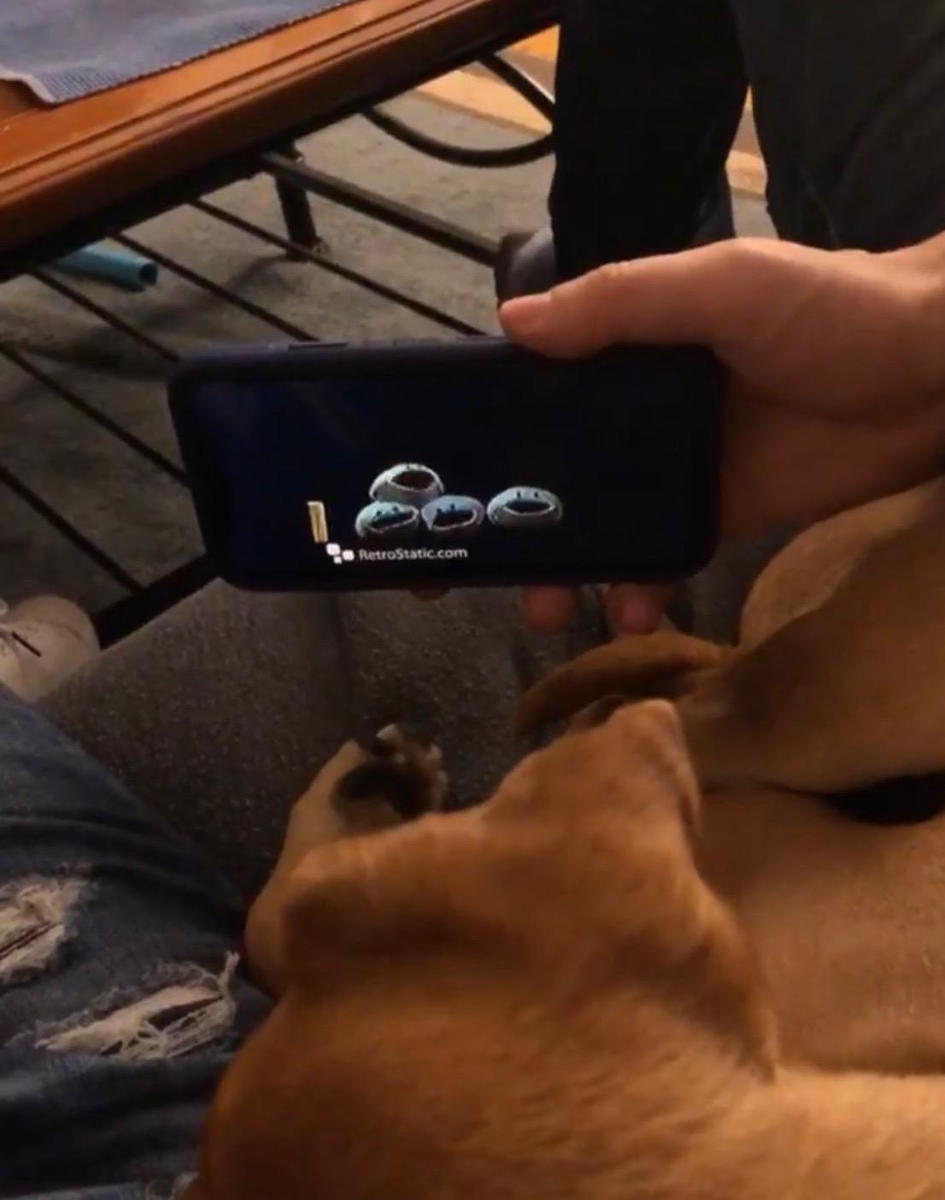 Hi all,
Oscar here.
With the exponentially growing prevalence of technology in human lives, there's a lot of debate going on about how much tech is too much tech. Look around you in any public place and you're likely to see more folks than not, headphones in, head down, entranced in the tiny screen before them. You humans wake up and look immediately at your phones, then head to work where you look at your computer screen, then go home and cuddle us while Netflix and chilling in front of the biggest screen of all- the TV.
Parents make conscious efforts to limit the amount of TV/ screen time for their beloved babies since there's some fear that kids will turn into robots if the sum total of their stimulation is via screens. But what about pets? When you leave the house for the day (and your furbaby along with it) what can you do to keep them entertained? Dr. S.' daughter and her partner told the good doc that they leave Mickey Mouse and Friends on the Disney channel on for Bernie when they leave the house. But is that a good idea?
Dr, S. decided to a bit of research into the situation and found this article which in a nutshell says that TV can be great for pets. In fact, "special content was created for a dog’s sense of vision and hearing that supports their natural behavior patterns. Your dog will be less likely to develop stress, separation anxiety, or other negative behavioral problems” if they watch specific types of TV.  There is even apparently something called "Dog TV" which creates material just for your dog (squirrel chasing and butterflies, anyone?). And if you're worried about your pet getting addicted and becoming some Baby Shark obsessed furbaby? Don't worry, dogs are better at regulating themselves and have better self control than some humans."
So in a nutshell, whether you have a little pup (who by the way prefer watching other puppies on the tube) or an older one, TV can be great for easing their anxiety or just keeping them entertained when you're out.
TIl' next time,
Oscar