A penchant for pacifiers 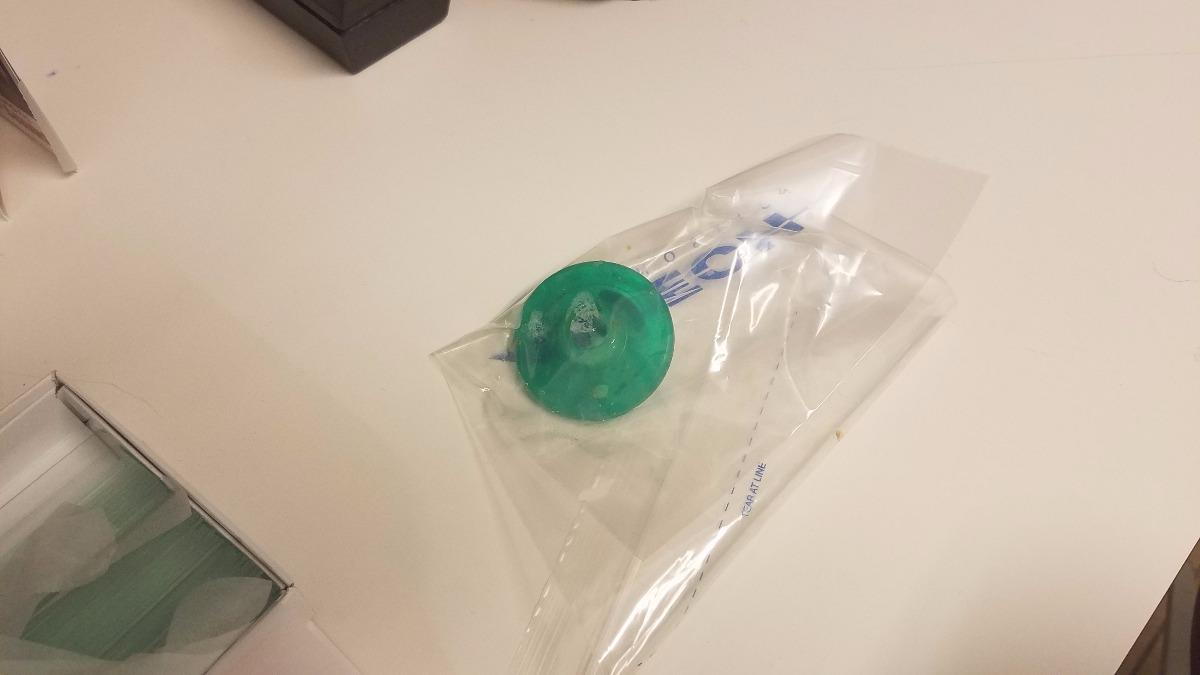 With all due respect to dogs, they aren't the most discerning creatures when it comes to their food. They're pretty much in a perpetual state of 'hungry' (perceived or realistic) and as a result, whenever they stumble upon something they deign to be tasty, into their mouth it goes. As a result, the PPAC are no strangers to foreign body removal procedures. But last week, Dr. S saw a particularly interesting case of lighting—or pacifiers—striking twice.

In comes a 90 lb pitbull. The pooches parents said that the dog was presenting as vomiting and not eating. As aforementioned, most dogs are just always hungry, but the dog's owner said that her dog in particular was NEVER not in the mood to eat. So his lack of appetite was cause for concern.

On his first visit, they took a look and the diagnosis was that there must be a foreign object in the dog's body. They treated him for the vomiting and dehydration and passed barium through the pooch in the hopes of outlining whatever was in there. Well, that sadly didn't work all too well because the dog vomited the barium up when she left the office. Whoops.

A few days later when the dog came back in, the doc said the best course of action would be to go in a surgically remove the offending object. They cut into the intestines and what did they find? You guessed it—a pacifier, the second that had been removed from this same dog! Dr. S. flushed out the belly and kept her in the office overnight.

This morning? Appetite was back to normal.

Ps, that thing in the picture? Yep, that's what was taken out of the dog's body. So pet owners, PLEASE watch what your dogs are eating when they run around the park!