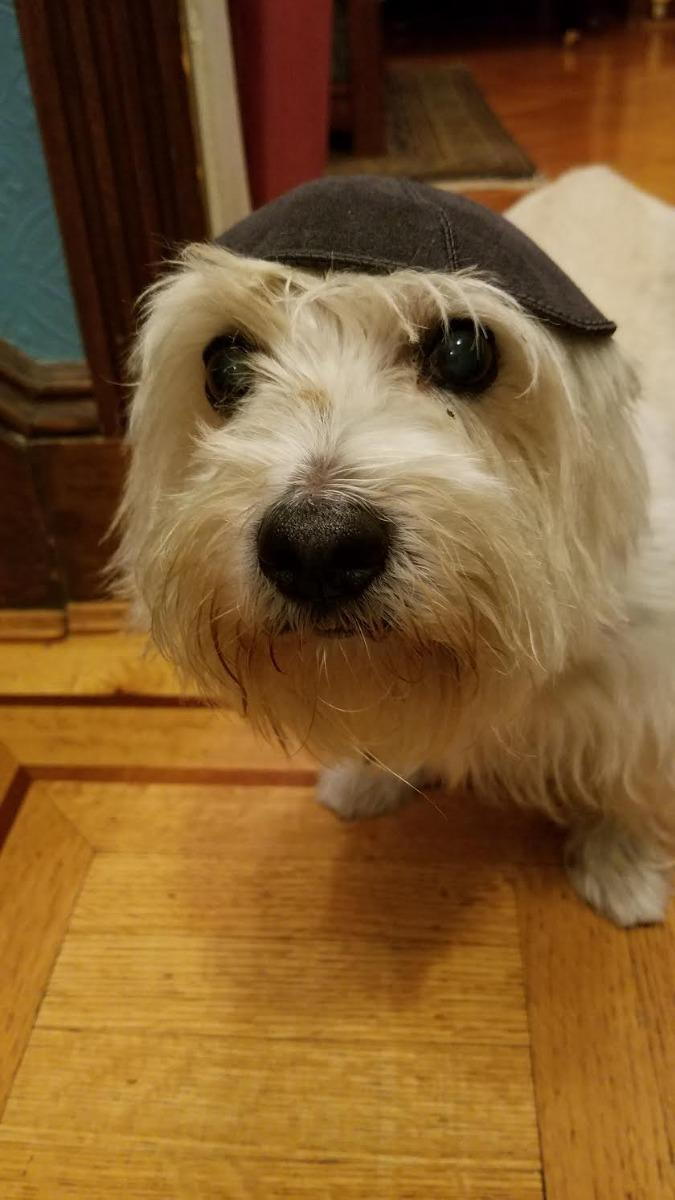 Oscar here.
As you probably know, the year a Jewish boy turns 13 is of the utmost importance. It's the year he becomes a man in the eyes of Judaism. Well Bernie Silverman, beloved pooch of Dr. and Mrs. Silverman, though we don't actually know what religion he was born into, as a member of our household for most of his life, is at the very least an honorary Jew (though the guilt he bestows upon us if we ever don't give him enough attention is enough to convince me he was born Jewish).
As you might have guessed, Bernie's bday is fast approaching and, yep, he's turning 13. Now, while I recognize that 13 years in dog years is far older than 13 in human years (and in fact, you can check your dog's human age equivalent with this nifty calculator),  since this is more of an honorary celebration than one based in any real religious merit, we figured we can just go with it. Now that Bernie is 13, we can only hope that as he adopts his manly duties, he stops:Well, we can go on and on. But basically, we can only hope that maybe, just maybe, he'll bark a tad less now that he's a man. Though we won't cross our paws that it will happen.
So if you see him in the near future, give him an extra head rub and a little more attention than usual—he's a man now.
Til' next time, 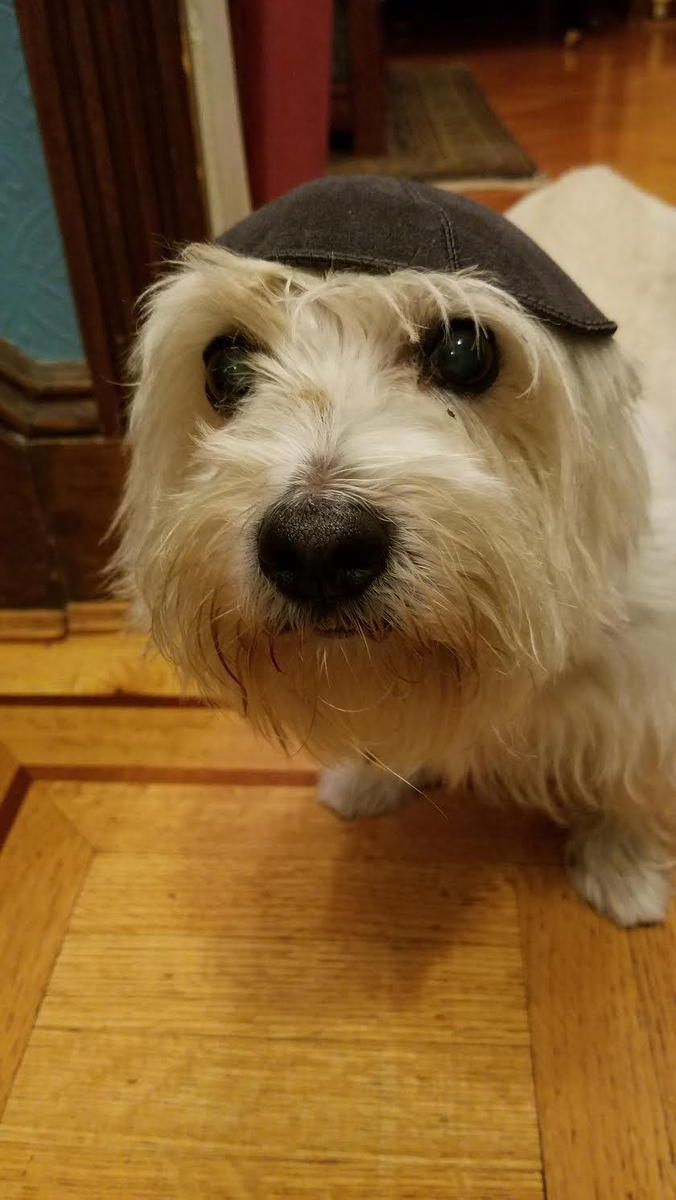