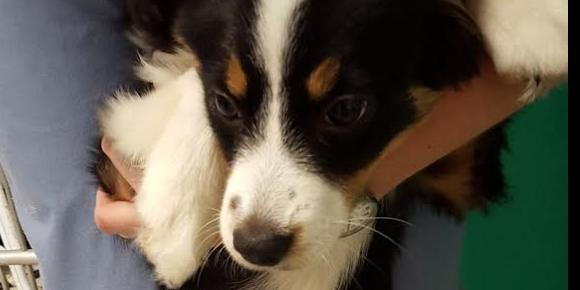 Oscar here. Take a step back and think of when you peaked in your cuteness.I know it's hard to think in such subjective terms but really, stop and think about when you were your absolute cutest self. For some, it might be when you were a baby. Some of you might be all like "hey, I'm still really friggin cute."  But, did you ever stop o think that maybe, just maybe there was a scientific reason for when you reach optimal cuteness?

While I don't necessarily recommend ascribing this formula to humans, a study was in fact done where puppies were evaluated to ascertain when they were at their cutest. And the real doozy? There's a reason why they are exceptionally cute at that specific point in time.

Let's take a step back for a minute. In this study, it was determined that pups are their cutest at 8 weeks of age. Which just so happens to coincide with a vital need that presents itself at that very moment in their lives. Specifically, at 8 weeks of age, the puppy's mother stops nursing it thereby creating a situation where the puppy is vulnerable and, in need of human attention—and affection—to ensure its survival. So biologically, the puppy NEEDS to be exceptionally adorable at that very moment to keep itself alive.

On top of all this, the study talks about how newborn puppies, much like newborn humans, are, well, just not that cute. They're smushy and tiny and stuff but, they can't interact, and they're mostly just wrinkly balls of fur (or skin) at that point. At 8 weeks however, when they've gotten through their less than adorable infancy and have graduated into their much cuter 8 week-old selves, they are primed and ready for human love to be bestowed upon them.

So, next time your heart wells up when you see a tiny puppy, take a minute to think, hey, the universe has a pretty interesting way of working these things out.